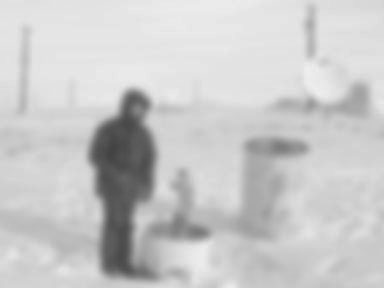 The art of science. Semiconductor - the artist duo Ruth Jarman and Joe Gerhardt explore, through moving image works, the material nature of our world and how we experience it, questioning our place in the physical universe.  As part of their continuing exhibitions CARISMA data was used to create the piece 20Hz.  To learn more, see http://semiconductorfilms.com/art/20hz/.

ICM Power spectra availability will be reduced during 14-15 Jan 2013.  This is to implement a different plotting routine.  Graphs will become available as they are regenerated.

Good news!  The GPS receiver responsible for site timing at PINA has been replaced!  Data from PINA is now GPS governed again.  However, the GPS receiver at Gillam has now failed!  This will be replaced shortly!

Data is flowing again from Fort Simpson and Pinawa.  A problem with the GPS units at these sites left the fluxgate magnetometer waiting for a PPS signal that never came.  These units will be replaced, but until then, the magnetometers are running on their own internal oscillator.

Data flow has been restored from the fluxgate magnetometer in Osakis, MN.  A combination of mice and mice chasing animals had destroyed the cable to the magnetometer.  This has been replaced and protected in hard PVC conduit.

In Thief River a faulty router was replaced and data flow resumed.

The installation of the Oxford House, MB magnetometer station has now been completed and the site is returning data.