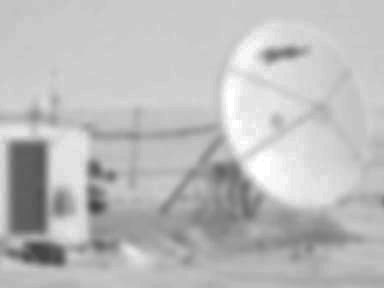 The most important aspect of a fluxgate magnetometer is the core around which the coils of wire are wound.  This is because the fluxgate exploits a principle known as magnetic saturation.

In ferromagnetic materials, the atoms are magnetic and groups of them form magnetic arrays, known as domains.  The orientation of the magnetic axis (direction of magnetism – think N-S axis of a bar magnet) of these domains can be random leading to a ‘non-magnetic’ state, like that of ordinary iron.

When these materials are used as a core around which a coil of wire is wound, then current flowing through the coil generates a magnetic field along the core which causes domains to align their magnetic axes in the same direction.  This increases the strength of the generated magnetic field.  If more current flows in the coil, more domains are aligned in the same direction, until, with sufficient current flowing, all the domains become aligned – magnetic saturation.